Correa’s autographed memorabilia will be sold exclusively through Topps, which is a first-of-its-kind deal for the longstanding company. In addition, autographed trading cards of Correa will be found exclusively in Topps® products, including its popular Topps BUNT® digital app. The seven-figure deal is for multiple years.

“I’m thrilled to join the Topps family,” Correa said. “I can’t be happier about partnering with a company like Topps for my first major deal as a big leaguer.”

Carlos Correa has been one of the most exciting rookies this season. In 68 games with the AL West-leading Astros, the 2012 first-round draft pick has 15 home runs, 43 RBI and 11 stolen bases with a .278 batting average.

“Carlos Correa is an outstanding talent who only seems to get better with every game that he plays,” said David Leiner, VP & General Manager of North American Sports and Entertainment for Topps. “We are excited to partner with an athlete who embodies our brand both on and off the field.”

This is Topps’ first foray into selling autographed memorabilia, which will include jerseys, bats, baseballs, and wall art. Topps will have more details in the coming weeks. 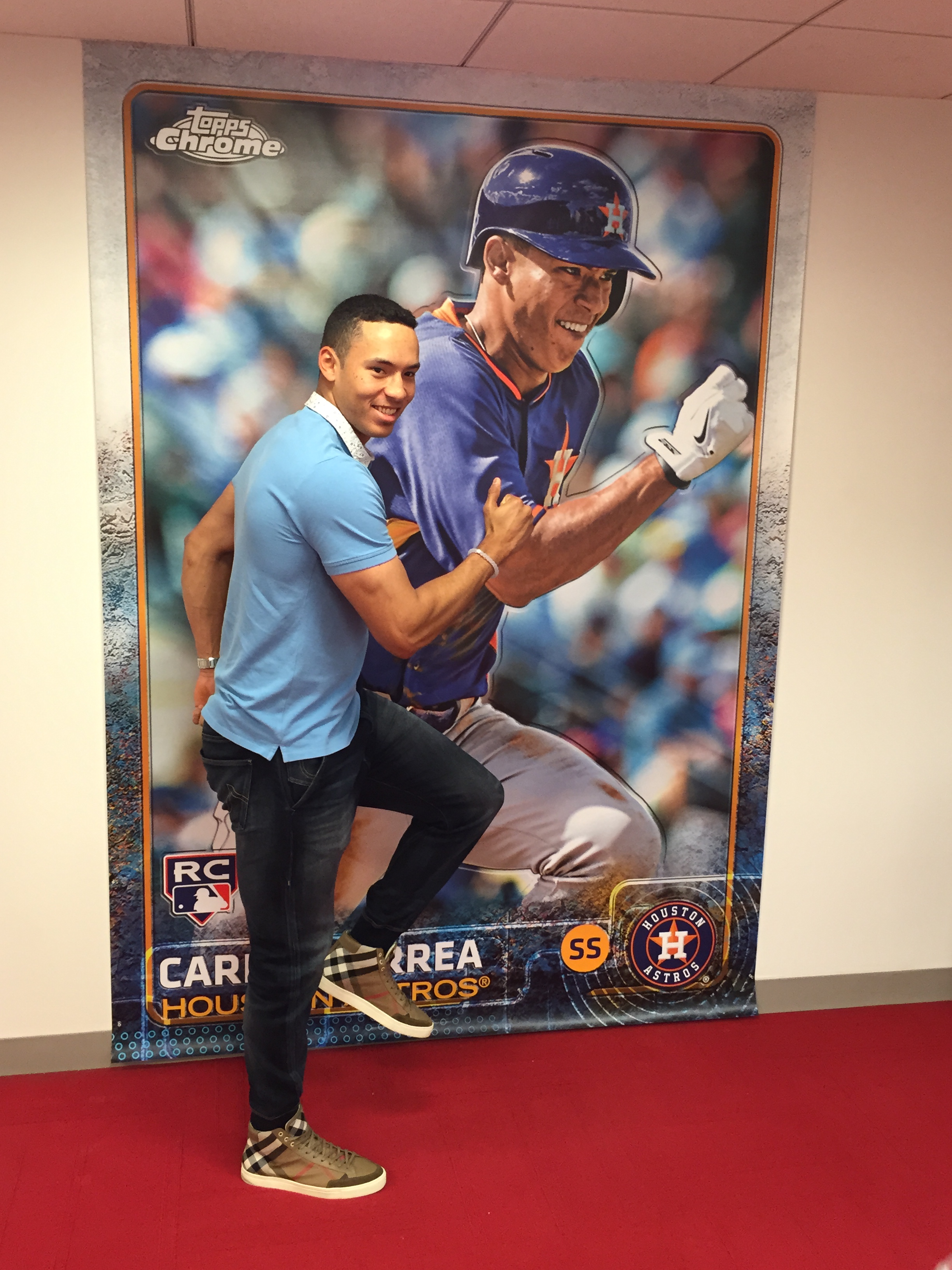