It may seem far away, but before you know it Clash of Rebellion will be upon us (Sometime in August). That might be why players are already talking about this set and card prices are already reflecting what is going to come out: Red-Eyes B. Dragon support!

Now if you were me, the first thing that would come to mind is this guy: 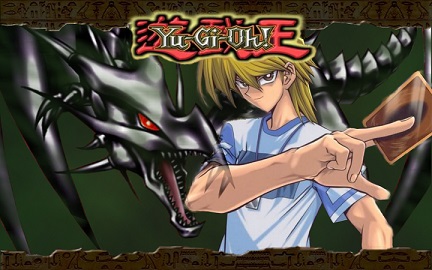 If you have never given much thought to Red-Eyes this summery of them should give you second thought.

Next they are getting their own legendary stone, which is to rival the blue stone: The Black Stone of Legend It is a one star monster that you can tribute to special summon one level 7 "Red-Eyes" monster from your deck! Also while it is in the graveyard you can send a level 7 "Red-Eyes" monster that is also in your graveyard back to your deck to bring the stone back to your hand.
This is super broken because it guarantees that when you normal summon the Black Stone of Legend again you will have a target. Not to mention it is a built in +1, which if you don't know what that means I recommend you check out this video.

Lets fast forward to the boss monsters such as Red-Eyes Flare Metal Dragon! It is a XYZ monster that requires two Rank 7, which isn't hard for the deck to bring out. As long as it has material, it cannot be destroyed by card effects and each time your opponent resolves a card or effect they burn for 500!! Then on top of it all, it can detach one material to special summon one normal "Red-Eyes" monster from your graveyard; including those Gemini Red-Eyes monsters I mentioned earlier.

Not done yet, they are getting spells too such as Red-Eyes Fusion which allows you to fusion summon using monsters from your DECK!! Broken considering Black Stone of Legend will also make sure you have a red-eyes monster in you deck to use as material.

And to continue with the speed of the theme, Card of Red Jewel allows you to discard a level 7 "Red-Eyes" monster to draw 2, then you can send a level 7 "Red-Eyes" monster from your deck to the graveyard so you have more fuel for The Black Stone of Legend and targets for Red-Eyes Flare Metal Dragon. Imagine: start of your turn, already have one Red-Eyes level 7 on the field, Black Stone of Legend in your graveyard and only a normal Red-Eyes B. Dragon in hand. You draw Card of Red Jewel! What do you do?

In short: With one card you now have a boss monster that is almost invincible, plus a Red-Eyes and still have two new cards to play with!

I know what you are thinking, "Oh that's cute, but how consistent is that really going to be?" Well Konami made this just for you: Black Metal Dragon! It's a level 1 600/600 that can be equipped to a Red-Eyes to give it +600 attack! :D
Yeah ok that bites, but his second effect is why he is so good: when he is sent from the field to the graveyard (as a monster or as an equipment) you may search your deck for any "Red-Eyes" card and add it to your hand.

It is the ultimate consistency card!

So next time someone wants to trade you for your Red-Eyes B. Dragon or Red-Eyes B. Skull Dragon, think about this arch-type, it might be seeing some heavy play in a few months.