The third iteration of the flagship MLB set, 2019 Topps Update Series Baseball builds on the previous releases with roster updates and a look back at the 2019 MLB All-Star Game. Each Hobby box contains one autograph or relic and Hobby Jumbo boxes promise one autograph and two relics.

While the base design and many of the inserts are the same as 2019 Series 1 and Series 2 Baseball, new rookies, players on different teams and debut inserts dot the collecting landscape.

With 300 cards in the base set, 2019 Topps Update Series Baseball looks to bring a sense of completion to 2019. That means mid-season rookie call-ups, traded players or free-agent signings, and key moments from the year, including the All-Star Game and Home Run Derby. 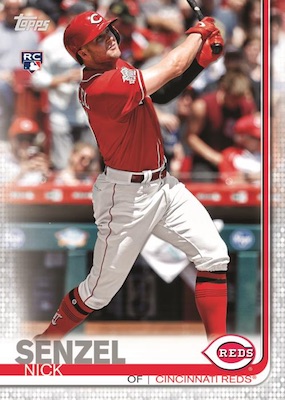 Joining the base design continuation, parallels stay true to the earlier sets. 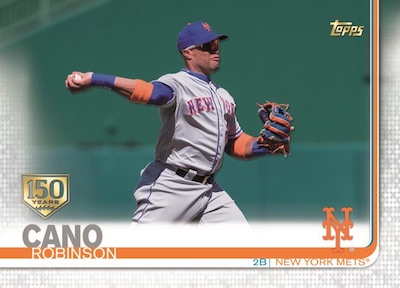 Carrying over, returning inserts include more 150 Years of Professional Baseball cards and another batch of the throwback 1984 Topps Baseball set in honor of its 35th anniversary.

However, 2019 Topps Update Series Baseball also has some new choices. The Family Business covers those players that have a rich lineage of MLB history. 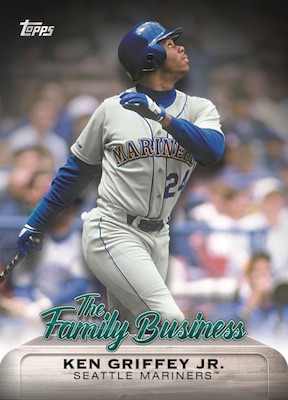 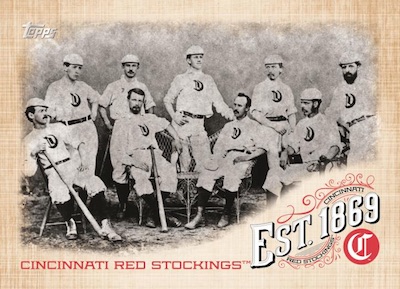 The Iconic Card Reprints set continues to honor key cards from the past, adding a 150th Anniversary (#/150) parallel.

2019 Topps Update Series Baseball is less about hits than many of the other Topps releases, but there are still several different autograph lines. Legacy of Baseball Autograph and 1984 Topps Baseball Autograph cards are the most common. These have 150th Anniversary (#/150), Gold (#/50), Red (#/10), and Platinum (1/1) parallels. However, for the 1984 cards, the Red parallels are only in Hobby boxes and the Platinum parallels are exclusive to Hobby and Jumbo boxes. 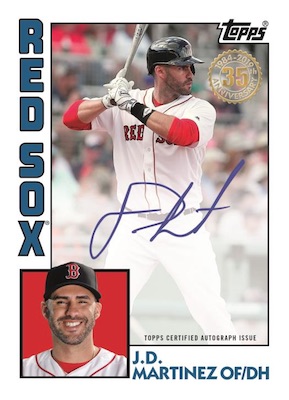 There are also signed versions for the 150 Years of Professional Baseball, Est. 1869, Iconic Card Reprints and The Family Business inserts. These are limited to 25 copies or less.

One-of-one Cut Signature cards are some of the toughest hits to uncover.

The 2019 Topps Update Series Baseball checklist variety picks up a bit more with the relics. Standard memorabilia cards include Major League Material, which is also issued in the 150th Anniversary (#/150), Gold (#/50), Red (#/10), and Platinum (1/1 - Hobby/Jumbo) parallels. 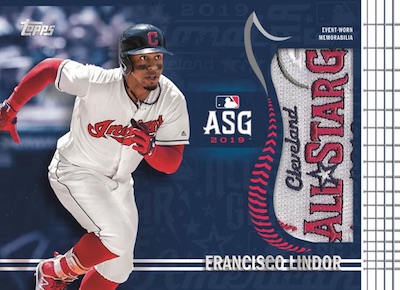 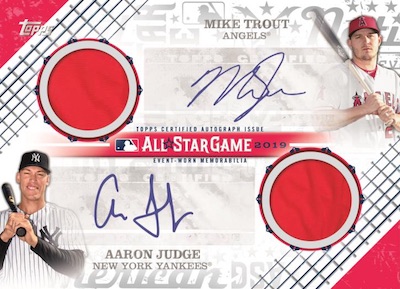 Exclusive to Hobby/Jumbo, the familiar Own the Name cards showcase a nameplate letter.

Providing a small dose of high-end, Topps Reverence Autograph Patch cards are only in Hobby/Jumbo boxes. These are numbered to 10 copies with Red (#/5) and Gold (1/1) parallels.

And, supplying a little extra for fans, the 2019 Topps Baseball Silver Pack promo is available for Update Series. One free pack is awarded for buying a Hobby box and two packs come with each Hobby Jumbo box. The difference for Update, and going forward, is that the packs are inserted inside the boxes.