2019 Donruss WNBA Basketball brings collectors the stars of the Women's National Basketball Association for the first time as a standalone release from Panini.

In recent years, WNBA cards were handled by Rittenhouse and issued as a premium factory set. However, Panini shifts to a more traditional format. With an average of two autographs in total, every Hobby box has four jumbo packs containing 30 cards each.

The 2019 Donruss WNBA Basketball checklist offers 100 cards in the base set with 88 current stars and 12 names found in the Rated Rookie subset. These rookie cards showcase key 2019 WNBA Draft picks for the first time. 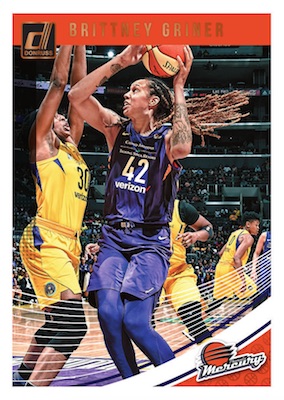 Each subject from the base set also comes in the Optic parallel that features Holo, Gold(#/10) and Gold Vinyl (1/1) parallels. Six Optic cards should turn up in each Hobby box. 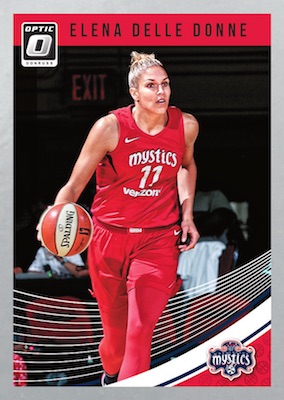 Inserts and parallels combine to average six per pack and 24 per box. Among the seven inserts is Swisful Thinking for the WNBA's best shooters. 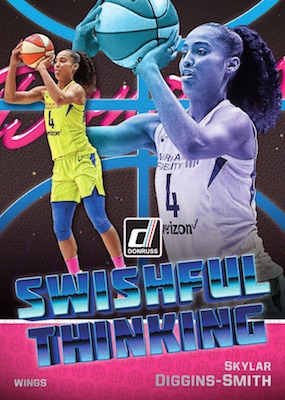 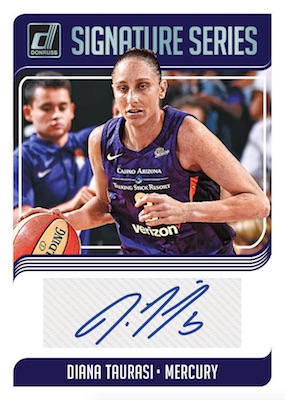 There are also Buyback Autographs from 1997 and 1998 Pinnacle WNBA.

FREE SHIPPING on orders of $100 or more (48 states and excludes certain supply items)!!