While it's not the first NHL set each year, for many, the new collecting season really doesn't start until 2017-18 Upper Deck Series 1 Hockey.

Headlined by the storied Young Guns rookie cards that fall six per box, the hobby format also delivers several inserts and parallels, plus a small shot at some extremely limited cards.

Of course, the 2017-18 Upper Deck Series 1 Hockey checklist includes 250 action-filled cards in the main set, with 50 being Young Guns (1:4 packs) showcasing the first live rookie cards for some of the top incoming players. Limited parallels for the base set include the standards: Exclusives (#/100) and High Gloss (#/10). Returning, too, are the Clear Cut PETG parallels, which are only found in physical hobby formats at a rate of 1:72 packs. 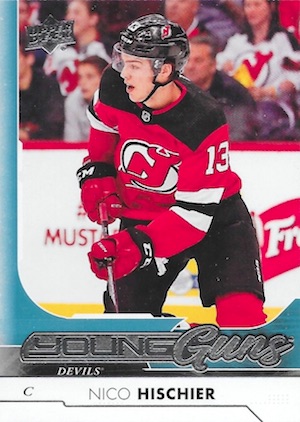 While not technically part of the base set, many collectors treat the 90-card UD Canvas set as an extension. These cards promise "mind-blowing photography" and average 1:6 packs. In addition to the base Canvas cards (1:7 packs), the Young Guns UD Canvas subset is a bit more rare at 1:48 packs.

Building on the base set, 2017-18 Upper Deck Series 1 Hockey also makes it mark with a variety of inserts. New options include Centennial Standouts (1:5 packs) and SP Photo Variations (1:1,000 packs). The Second Six is also not an easy pull at 1:1,000 packs.

Combining to average 1:8 packs, the foil-based Shining Stars includes Centers (1:16 packs), Left Wingers (1:24 packs), and the tough Goalies (1:48 packs). There are also more elusive Red parallels that should come in each hobby box. Getting up close and personal are the UD Portraits (Base - 1:7; Rookies - 1:60 packs) cards for key veterans and first-year players. Gold Foil (#/99 or #/25) and Platinum Blue (#/25 or #/5) parallels increase the Portraits' rarity. 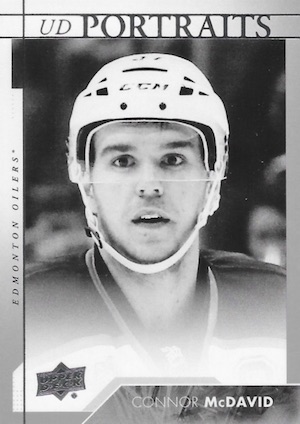 Following up its debut in the 2016-17 set, Ceremonial Puck Drop returns with a fresh dozen and very tough odds of 1:2,000 packs. Autograph versions are even more rare at 1:16,000 packs. Naturally, it wouldn't be flagship UD without Day with the Cup (1:2,000 packs) in honor of the title winners.

While 2017-18 Upper Deck Series 1 Hockey has a lot that gears more to the base and insert variety, it is not without the hits collectors love to chase. UD Canvas Signatures is limited to the player's jersey number while Signature Sensations falls around 1:288 packs.

FREE SHIPPING on orders of $100 or more (48 states and excludes certain supply items)!!